But before I tell you all about it.

Have you noticed that more and more restaurants are providing vegan, dairy and gluten free options now?

I know, it’s about time too!

I CAN’T tell you enough how much I’ve missed pizza.

And when I found out pizza express offered vegan and gluten free options I was ecstatic.

Enough about that though.

Let’s back to what I was saying.

To begin with, I had the marinated olives with garlic cloves and pink peppercorns. 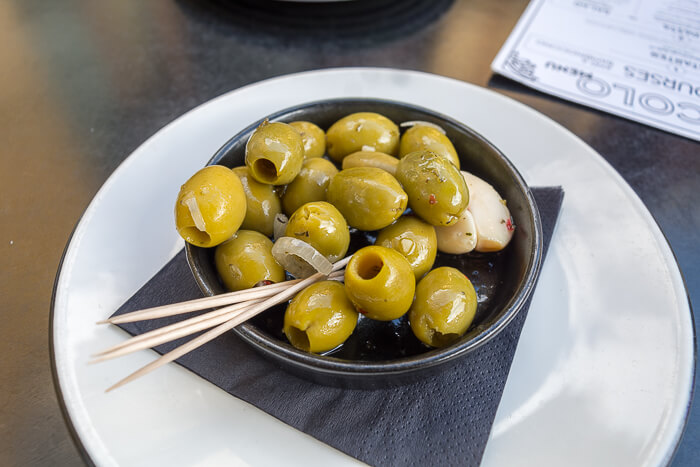 I popped a little peppercorn inside each olive.

As you chew through the salty olives you get these little sparks of crunchy morsels.

Only one vegan pizza was listed on the menu.

Don’t let that disappoint you though.

You can just choose ANY style vegetarian pizza and ask for it to be vegan on a gluten free base.

All they have to do is put vegan cheese on it instead.

ALL pizzas can be made on a gluten free base.

For my mains, I ordered the gluten free vegan Giardiniera pizza. 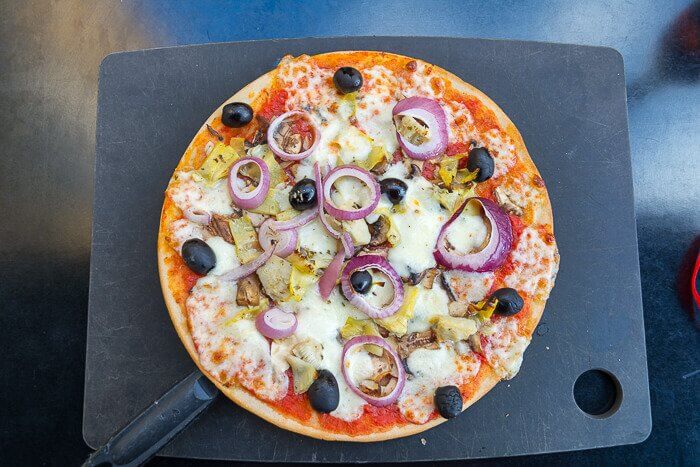 This was made with a crispy Romana base which was pretty good for a gluten free base.

Because they use maize flour,

It did have a beautiful CRISPY outer edge and a good THIN crispy solid bottom. 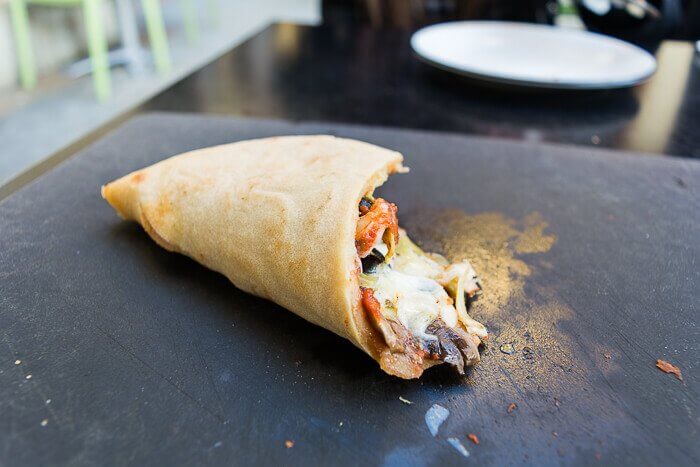 The texture of the gluten free base was similar to a dense cold pancake BUT in a good sense. 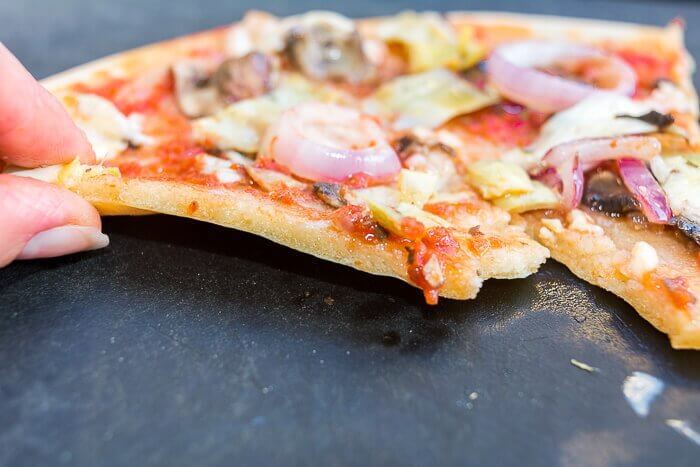 I thought it was a FANTASTIC gluten free base all in all.

But you can read all about that in my Zizzi restaurant review.

Although it was a tasty pizza all in all.

The tomato-based sauce was slightly disappointing. 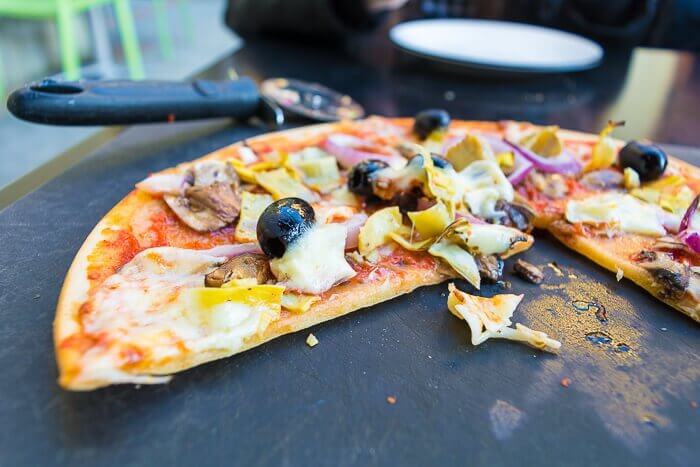 It was rather bland and lacked that tangy tomatoey flavour.

The artichoke, mushrooms, red onion and especially the black olives were delicious.

As for the vegan mozzarella alternative…

I ask the waitress what the vegan cheese was made of.

It turns out, it’s made of rice. 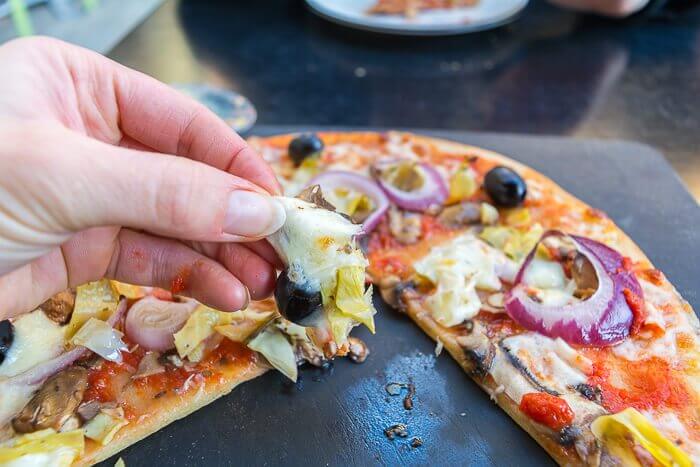 Sadly, It didn’t taste anything like cheese at all.

It did mimic the stringiness of cheese very well.

What I really did LOVE though…

Was the garlic oil, beautifully drizzled all over. 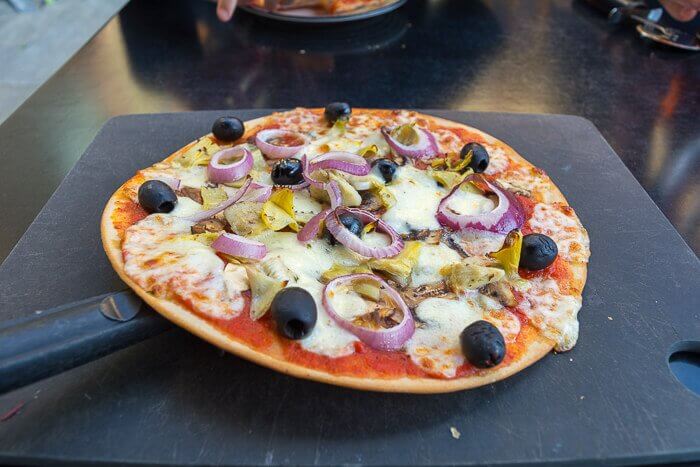 And finished with fresh perky parsley.

Pizza express do some fantastic vegan, dairy and gluten free pizzas for you to munch on.

Have you tried their gluten free or vegan pizzas?

What did you think?

Hey! What did you think? I'd LOVE to know. Don't be shy, share your thought in the comments below. I don't bite unless you're made of chocolate...dairy free of course :) Don't forget to leave a review.

Howdy, Mair here. AKA the health geek. I'm a vegan & free from food critic. I love reviewing vegan and free from cookery courses, restaurants, cafes etc. I'm always in my kitchen cooking up yummy organic recipes and of course…scooping out peanut butter with my fingers and getting told off by hubby!