If you’re planning on indulging in a creamy dairy free ice cream at Snowflake Gelato London,

I’d advise you to try somewhere else.

Although they claim to have dairy free ice cream made with soya milk,

All I could see were Sorbets.

What a shame, as I was looking forward to their Choco, Caramel and Peanut flavour. 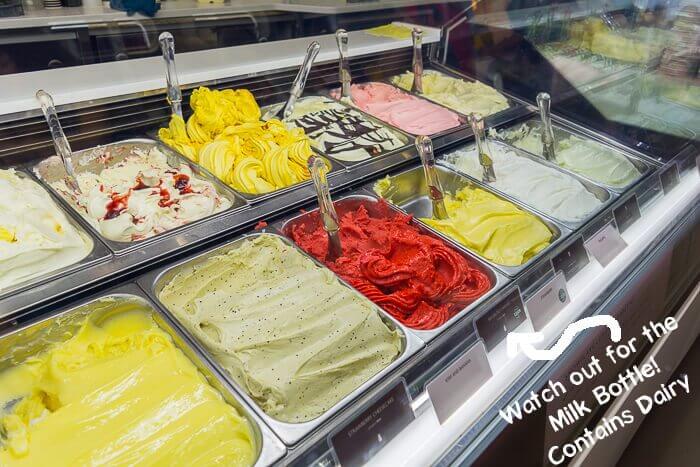 They didn’t even have half as much of their gelato flavours in stock.

Even some of the standard flavours such as chocolate.

Granted, they may have some tasty dairy ice creams, but for non-dairy customers, don’t waste your cash.

To be fair, their Sorbets were OK-ish.

Again, if you’re looking for a good sorbet, TRY Gelupo which is nearby.

They have MUCH tastier sorbets.

Honestly, it’s WORTH the extra walk. Even IF your feet are killing!

Being in such a central location, it was overcrowded.

The place is small mind you, maybe that’s why??? 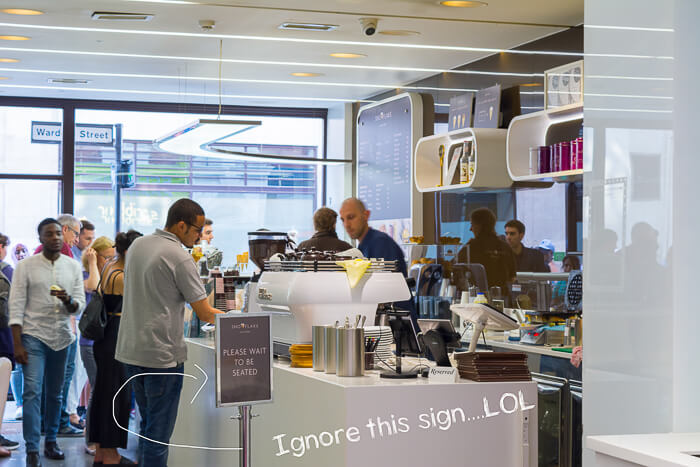 I may get slated for saying this but…

I’m guessing the Soho crowd on a Saturday would just about swallow anything!

I did, however, manage to find a seat. Not that I stayed there long because the stools were horribly uncomfortable.

Probably because there was no queue.

Put it this way, if you were loud enough, you’d get served.

Finally, I managed to get the waiters attention.

When I asked the waiter “Do you do gluten free cones?” he replied “Yes”.

It was obvious that he didn’t even listen to my question as he grabbed the cone.

I could plainly see that it wasn’t a gluten free cone by the look of it.

So again, I asked, “Is that a gluten free cone?”

He turned to his college and asked and she replied “No, we haven’t got any gluten free cones”

Just what I thought.

Anyway, I opted for the Kiwi and Banana and Strawberry flavour. 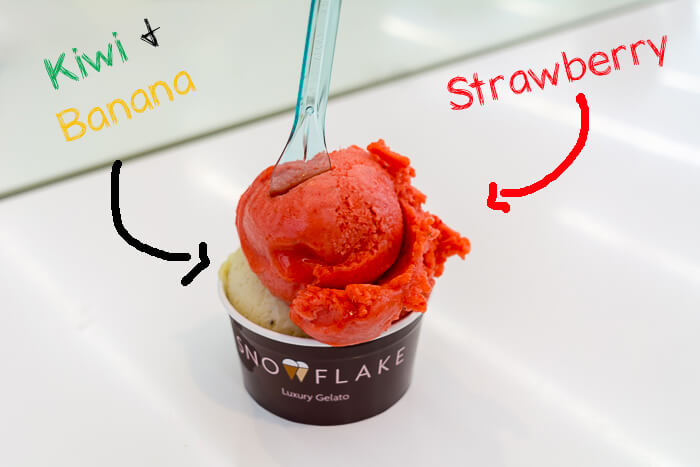 Can’t say any of the two blew me away. I’ve had better sorbets from Tesco.

The Kiwi and Banana flavour I suppose was the best of the two.

Saying that you wouldn’t see me doing cartwheels over it.

It did have a slight kick to it but not enough to leave an imprint in my brain. 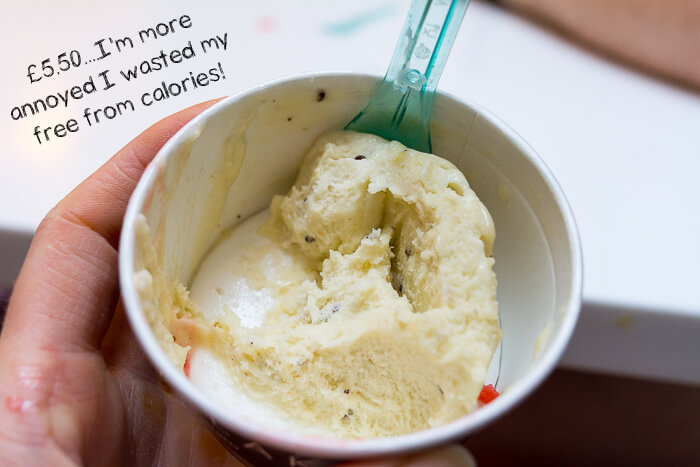 In fact, I can’t recall much of my snowflake gelato experience.

You know yourself when you can’t recall a taste, its because it wasn’t that good! 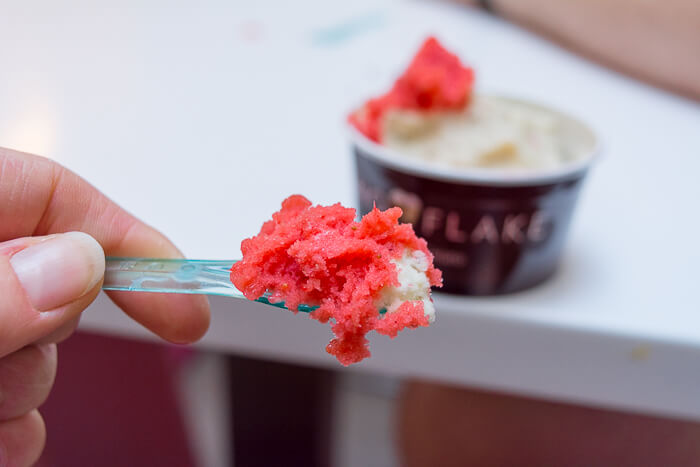 Usually, when I come from gelatos, I’m crowing all the way home on how much I loved it.

This time, I just threw my sorbet in the nearby bin and I headed straight to Gelupo, for a real tasty sorbet.

Credit Where Credit’s Due

I know this post seems to be all doom and gloom yet I have some praise for Snowflake Gelato London.

I LOVE the fact they make their ice cream from organic Jersey milk.

And their raspberries and strawberries are hand-picked from the garden of England – Kent. 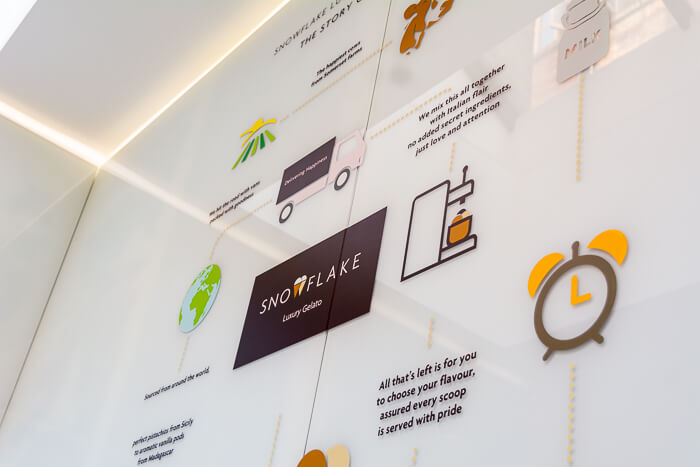 Like I said, their dairy ice creams may very well be delicious.

But as for dairy intolerant sufferers, you’re likely to be disappointed.

There are MUCH better gelatos in London serving REAL (not your boring sorbets) dairy free and vegan ice creams.

Have you been to Snowflake Gelato in London?

Maybe your experience was a lot different.

Let all know your experience in the comments below.

Remember, no opinion is wrong 🙂 x

Hey! What did you think? I'd LOVE to know. Don't be shy, share your thought in the comments below. I don't bite unless you're made of chocolate...dairy free of course :) Don't forget to leave a review.

Howdy, Mair here. AKA the health geek. I'm a vegan & free from food critic. I love reviewing vegan and free from cookery courses, restaurants, cafes etc. I'm always in my kitchen cooking up yummy organic recipes and of course…scooping out peanut butter with my fingers and getting told off by hubby!